You Are Not A Victim

It frustrates me when Christians play the part of victim. Victimized Christians do not know who they are in Jesus and it is a shame that they are wasting the precious days they have been given in this world. Paul wrote something to Timothy that is worth your consideration today. He starts with this:

I’m reminded of your authentic faith, which first lived in your grandmother Lois and your mother Eunice. I’m sure that this faith is also inside you. (2 Timothy 1:5)

Paul first reminds Timothy that he has been raised and trained in a life of faith. It was demonstrated to him in his mother and grandmother. Paul encourages Timothy by stating that he is confident that this same faith resides in Timothy. Then:

Because of this, I’m reminding you to revive God’s gift that is in you through the laying on of my hands. (v. 6)

I like this. Because of this faith Timothy I am reminding you to operate in it. Live by the Spirit. Do what you have been equipped to do. The Spirit provides the equipping but we are responsible to operate in it. Then Paul writes what we all must grasp:

God didn’t give us a spirit that is timid but one that is powerful, loving, and self-controlled. (v. 7)

This is not personality. Personality type does not play in your calling and equipping. Look at many of the servant's of the past who tried to get out of their calling with excuses, like Moses and Jonah. It has everything to do with the spirit he has given to us and it is one of boldness. He has equipped us with his power, his love and the power to be self-controlled. This is good stuff that we simply have to act on, in faith that it is so.

Be strong! Be fearless! Don’t be afraid and don’t be scared by your enemies, because the Lord your God is the one who marches with you. He won’t let you down, and he won’t abandon you. (Deuteronomy 31:6)

Two things right there are the source of our boldness. First, our God is always with us, going before us, always preparing the way. He abides in us. Psalm 139 states we can never escape him, even more now that he lives in us. This is for our encouragement.

The second thing I want to highlight : He won't let you down. That is a big one all on it's own and can only be understood in the context of a loving, intimate relationship. Jesus promised that he would be with us until the end of this age. He said his desire was for us to be one with him in the same way that he is one with Father. The Way, the Truth and the Life is in you. The one who declared that all authority in heaven and on earth has been given to him, is intimate with you. The one who stated that he is the Resurrection walks with you every day.

Paul wrote that we are more than conquerors, we are overcomers. We are not victims. We are not powerless. We are not timid, because our God has given us the authority to forgive. Thank about that for a moment. The power does not rest in the hands of the offender but in the hands of the offended. Without your forgiveness, the offender will have to give account for their actions. With your forgiveness that offence is wiped away. By offering forgiveness you are also set free from the cage of victim. That is power and that is what has been given to you with the responsibility to love your enemies.

We cannot and must not live with a victim mentality. Jesus has made us greater, more powerful than people can grasp. Now walk in the boldness you have been given and dare to love where others have failed. 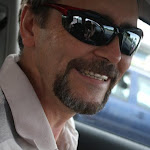